On or off-brand? The West Coast Eagles’ new club song 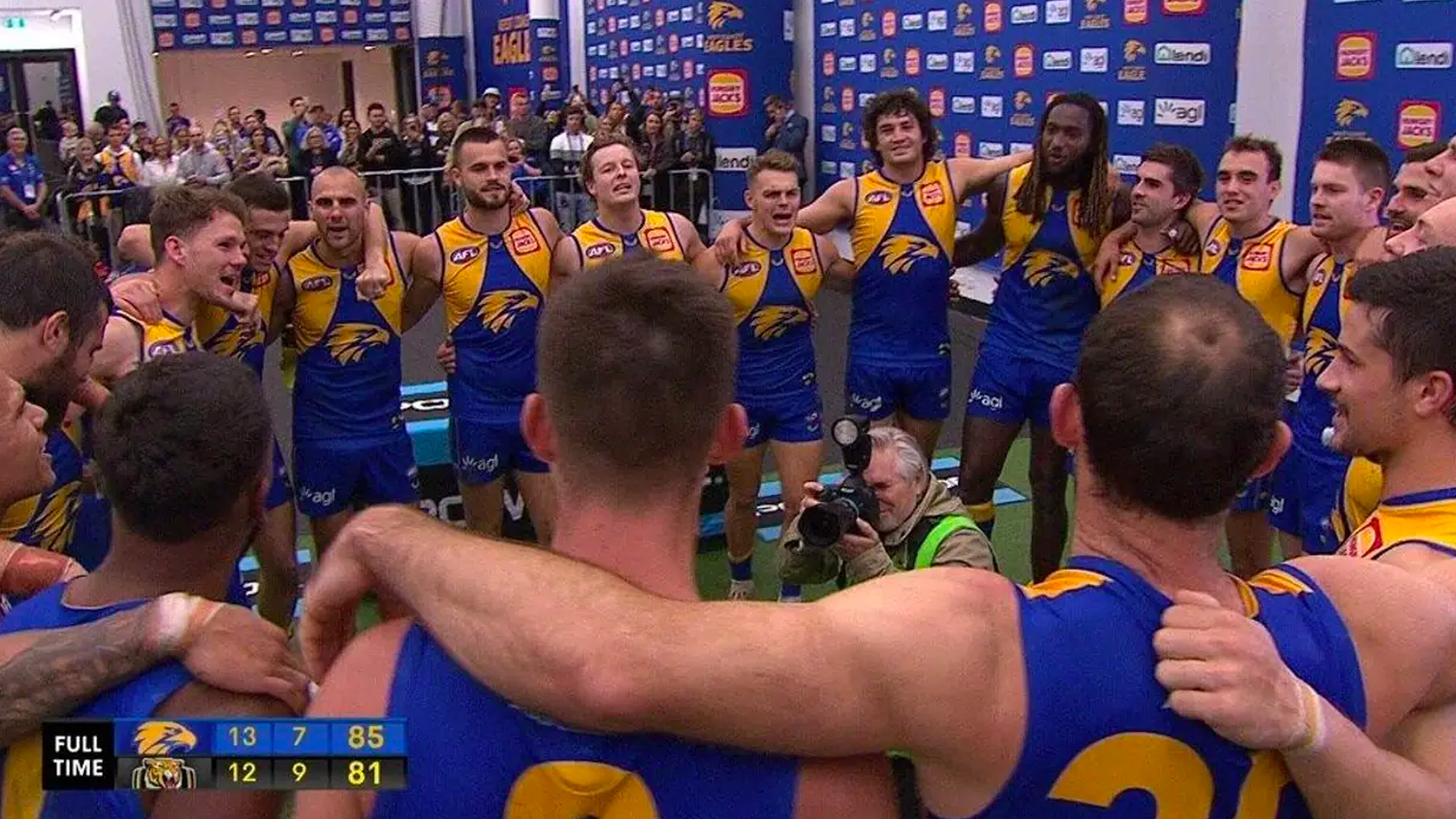 What’s in a song? Well, surely words and notes; a tune and melody. But what about a brand?

In the UK, football clubs have certainly adopted pop songs. Liverpool fans famously belt out You’ll Never Walk Alone at Anfield (as do Celtic fans in Scotland), and a little less famously, Evertonians sing Z-Cars with gusto before every home game.

But musicians in the UK aren’t commissioned to write club songs. Songs written specifically for and about clubs are quintessentially an Australian thing and part of the unique identity of our game. Changing such a song needs to be handled with great care.

Not surprisingly, when West Coast this week revealed it had updated the lyrics to the club song, it generated a bit of buzz around town.  Whether you like the new one or prefer the old, I’d remind the naysayers that the club has already changed its song from the original.

The difficulty in writing any piece of music is, of course, taste. Some will love the song, and others will hate it. It will not please everybody. I am a passionate West Coast fan – and I don’t mind it. It will sound great at Optus Stadium, and even better at the MCG in September.

Football clubs walk the line between staying connected to their past and embracing change. The Eagles are one of the more modern clubs in the AFL, only having existed for a mere 34 years – compared to the likes of Carlton, whose theme song turns 90 this year. It’s a lot easier bringing change to a brand that doesn’t lean so heavily on its history for identity. There might be riots in Melbourne (where AFL is arguably a kind of religion) if clubs like Collingwood or Hawthorn made the same move. Additionally, West Coast’s rebrand in recent years positioned the club as wanting to move forward and to leave the scandals of the past behind it, something every fan could support. In that respect, changing the club song doesn’t feel out of character for the brand.

One of the keys in transitioning a brand is defining your stakeholders and communicating change (and the reasoning for it). Football clubs have hundreds of thousands of stakeholders, starting from the board and support staff, through to the players and volunteers – and then onto the members and even casual supporters. West Coast did this remarkably well when it rebranded in 2017 by releasing the process behind the branding. I think a key to its success was an ability to connect the new brand to the players buying into the process.

Footage of the making of the new club song – involving heroes like Josh Kennedy (and others) screaming out the lyrics – really appeals to those sitting on the fence. This isn’t just a management decision, it’s something the players are on board with.

Sports brands are, in reality, owned by their fans, and it’s as much a stakeholder engagement exercise as it is a brand exercise.  West Coast, at least over the last few years, has handled both very well.

Originally posted on the 268.