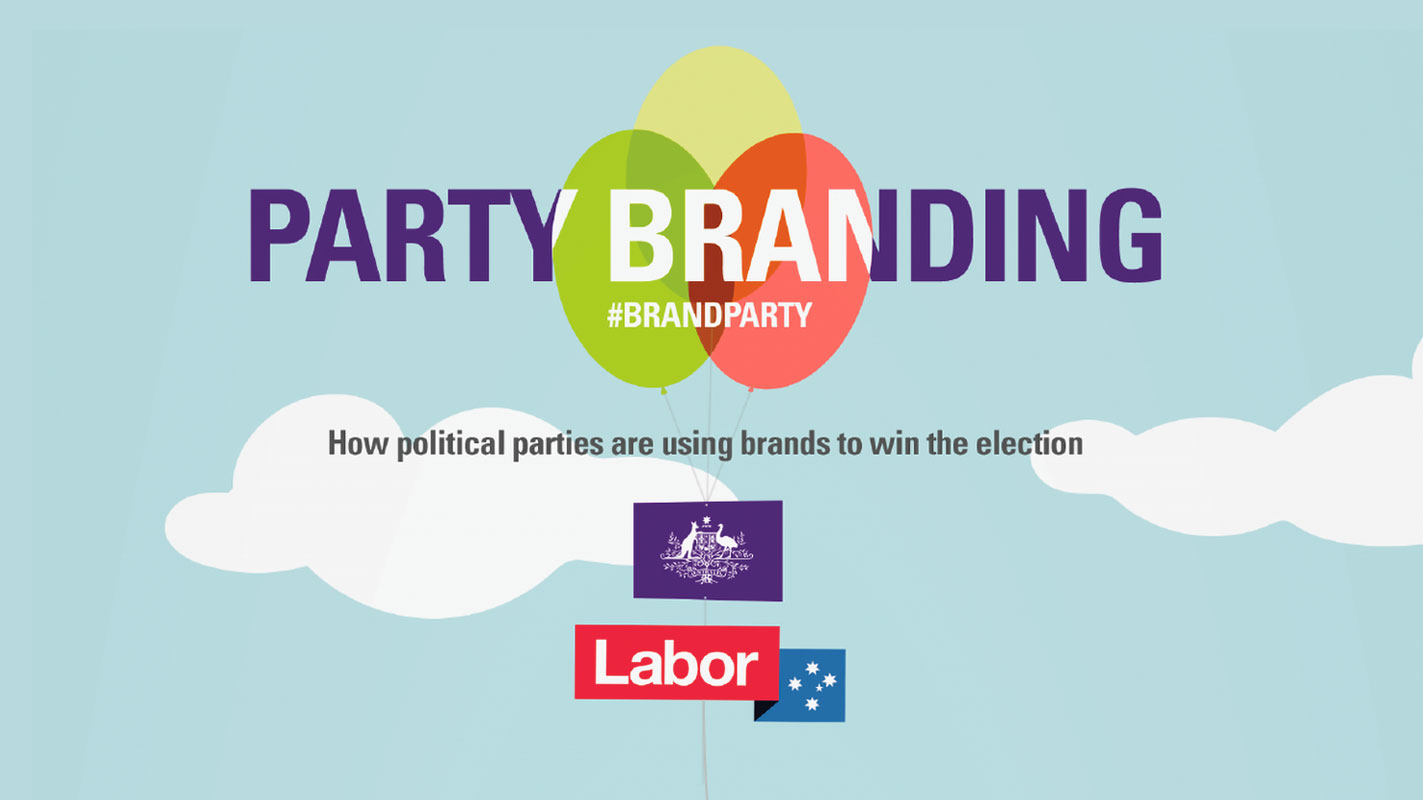 Australian Labor Party branding over the the decades

This week, we’re going to look at the Australian Labor party and its branding over the past five decades.

The earliest logo I could find for the Australian Labor Party was the one here in the background, behind Gough. It’s utilitarian, to say the least. A conservative early 70s Labor Party with quite a plain brand. But in the foreground, we see another brand: one much more exciting. Gough Whitlam.

Gough Whitlam was the Kevin07 of the ’70s. He was Gough72. Gough Americanised his campaign bringing youthful exuberance and celebrity endorsement and his famous jingle to Australian Politics. For the first time, an election campaign looked more like an advertising campaign.

The Labor Party’s “It’s time” campaign and jingle were filled with celebrities. Repositioning the Labor brand from old-fashioned to modern, cutting edge and optimistic for the future. The “It’s time” campaign was adapted from Sir Robert Menzies of the Liberal party, but Other campaigns in this decade include.

The popular Gough Whitlam brand (together here with Little Patti) propelled the Labor brand to great heights in the early and mid-70s – but the Labor brand crashed with him as Malcolm Fraser and the LNP rose to power.

New decade, a new brand for the Australian Labor Party. In the early 80s, they ditched their initials for their full name in their logo, above the flag.

The use of the flag initially raised quite a few eyebrows. Now, of course, it’s been done to death and I’ve seen many brands with the Australian flag in it somewhere – but only political parties can really pull it off, and Labor were the first.

Catchy headlines and slogans are great, but they can backfire. Liberal’s Andrew Peacock once stated: “The Answer is Liberal” and Prime Minister Bob Hawke shot back “If the answer is Liberal it must have been a bloody stupid question”

The Nineties… Nirvana, Pearl Jam and pop bands, and in 1992 – a new logo for the ALP, to match their new Prime Minister. Dropping their full name, they modernised their logo, drawing inspiration from the flag; The red stripe from the Union Jack, and the southern cross.

In the Keating era, Keating (who hated the use of the flag) rebranded and resurrected the old labor brand for true believers. Like many brands modernised in the 90s, it looked terrible.

We can see another example of the continuing targeting of the female vote by Bob Hawke – until Paul Keating seized the reigns of the Labor party early into this new decade with his emphasis on “Leadership”. However, he doesn’t look very convinced about it in this photo. His less-likeable persona possibly leads to the decision to use “leadership” as the focus.  Labor spent much of this decade in opposition, but their campaign messages were mostly positive:

Kim Beazley wanted ‘A secure future for all Australians, and “Australia deserves better” because ‘That’s what I stand for.’ But people weren’t sure what he stood for.

Mark Latham disastrously lead with ‘Mark Latham and Labor. Taking the pressure off families’  and ‘Ease the squeeze’  Although easing the squeeze was not on his mind, in one memorable handshake encounter.

Kevin07 was everywhere, on T-shirts, buttons, clocks, and in the sky. (You can almost tell he is part of the Labor party) Where the 90s brand used CAPITAL LETTERS TO SHOUT AT YOU, A new friendlier, more modern, crisp and clean font type was used.

Someone in the Labor party must have a ten-year brand itch, because once again – Labor changed their logo. It’s more of a logo revision than a rebrand – it removed the cumbersome “Australia” from the logo and morphed the blocky old logo into a modern flag – harkening back to its 80s logo, with a modern twist. It’s become a bit of a fad, the flag – but it’s well done here.

In the losing election of 2013, “A New Way” was widely used, but local members focused on their work in their community. Some, like Jenny Macklin, distancing themselves from the Labor brand so far as to not even include it in their marketing. Perhaps indicative of wanting to distance herself from the recent Labor power struggles – and perhaps not. In any case, Labor may not have won the election, but she won hers.

In this election, Labor is about being positive. Tony Abbot is gone along with the negative aspect of the LNP campaign.

Labor’s 100 Positive Policies is stamped in red ink, across much of its marketing collateral. The Labor red yells “action” at us.  Alongside this, is a headline to Bill Clinton’s 1992 campaign: “We’ll Put People First” or just “People First”. Labor is wanting to position itself as the “people’s party”. Their website imagery certainly matches this – with great photos of Mr Shorten in the community. Their campaign is very much focused on Bill Shorten the person, which is in stark contrast to the Liberals who are focusing very much on policies. He even has a bus with a huge image of his face travelling around. Although no official name for the bus has been given, the name “Bussy McBus face” has been making the rounds.  This intense focus on the man behind or rather – in front of the party has worked for them before in Kevin 07.

Overall, Labor is continually updating its brand, reinventing itself every decade. Its brand is about growth, leadership, energy, the future and change.  It often leverages the popularity of its leader in increasing its own brand’s popularity. From Gough Whitlam and Kevin07 and now Bill Shorten. With this strategy, a popular leader can lend the Labor brand gravitas, popularity and energy – but their brand strength is tied to its leader. Rise and fall.

Will Bill Shorten’s Labor brand bus reach its destination? Or will it get stuck trying to make the final turn? Australia waits to be convinced…